She is set to become Canada’s 30th governor general since Confederation. At the announcement, she described her appointment as a “historic and inspirational moment for Canada” and an “important step” towards reconciliation.

“It is only by building bridges, bringing between people in the North and South, just like in the East and West, that we can truly move forward,” he said shortly after making the announcement.

“Mary Simon has done that throughout her life. I know she will help continue paving that path ahead. And we will all be stronger for it. Today, after 154 years, our country takes a historic step. I cannot think of a better person to meet the moment.”

Simon will be replacing former governor general Julie Payette, who resigned in January amid allegations of bullying and creating a toxic work environment.

The 74-year-old is renowned for her work on the Arctic, as well as her fierce advocacy for Indigenous rights and culture. She has spent much of her career pushing for increased access to health care, mental health services and better education.

Here is a look into the life and accomplishments of Canada’s next governor general.

Standing at the Canadian Museum of History in Gatineau on Tuesday, Simon said she likes to think she has grown up twice: “Once in northern Canada, and once in southern Canada.”

Simon, who was born in Kangiqsualujjuaq, in the Nunavik region of northern Quebec, said she lived a “traditional” Indigenous lifestyle. Recalling her childhood, she said she spent many months of the year camping, hunting, fishing and gathering food, maintaining a connection with their Inuit heritage and language.

She credited her grandmother, Jenny May, and her mother, Nancy May, with instilling in her a “boundless energy for learning, self-improvement and helping my community.”

“They also taught me to always be proud of who I am and to keep my mind open to other points of view,” she said.

From her father, Bob Mardon May, Simon said she learned “about the South and the non-Native world from a man who had a profound love and respect for the North, its people and its natural beauty.”

“These experiences allowed me to be a bridge between the different lived realities that together make up the tapestry of Canada,” Simon said.

“I can relate to all people, no matter where they live, what they hope for or what they need to overcome.”

3:05Mary Simon, Canada’s next governor general, hopes to ‘build a Canada that is working together’

Mary Simon, Canada’s next governor general, hopes to ‘build a Canada that is working together’


From journalist to public servant

Simon began her career as a radio broadcaster with the CBC Northern Service (now CBC North) in the 1970s.

Following her years as a journalist, Simon was elected secretary of the board of directors of the Northern Quebec Inuit Association, later renamed the Makivik Corporation in 1975, helping negotiate the first land claims agreement in Canada.

She was elected president of the Makivik Corporation in 1978 and was directly involved with the implementation of the James Bay and Northern Quebec Agreement, which dealt with the protection and promotion of Inuit rights.

Along with other First Nations leaders, Simon actively negotiated the 1982 repatriation of the Canadian Constitution, which formally entrenched Indigenous and treaty rights into law.

4:01Mary Simon: Appointment as governor general a ‘historic and inspirational moment for Canada’

Mary Simon: Appointment as governor general a ‘historic and inspirational moment for Canada’

Beginning in 1980, Simon took on a series of executive roles with the Inuit Circumpolar Council (ICC), which represents more than 180,000 Inuit, Yupik and Chukchi peoples living in Alaska, Canada, Greenland and Chukotka. Simon served two terms as president of the ICC, formerly known as the Inuit Circumpolar Conference, from 1986 to 1992. She was appointed by former prime minister Jean Chrétien to be the first Canadian ambassador for circumpolar affairs as the ICC’s special envoy in 1994, finishing her post in 2003.

The ICC’s current Canada president, Monica Ell-Kanayuk, called Simon “instrumental in the development of key policies that helped shape the modern Arctic,” including through the creation of the Arctic Council in 1996.

Simon was elected president of Inuit Tapiriit Kanatami from 2006 to 2012, and shone a spotlight on youth health and education issues in northern Canada.

She is also the founder of the Arctic Children and Youth Foundation, and served as the ambassador of Canada to Denmark from 1991 to 2001. Until 2014, Simon was the chairperson of the National Committee on Inuit Education.

In 2016, Simon was named the minister of Indigenous and Northern Affairs’ special representative on Arctic issues. Her 2017 report, entitled A new Shared Arctic Leadership Model, highlighted the social and economic priorities of Arctic leaders and Indigenous peoples living in remote Arctic communities and set the stage for future policy and program development.

Simon has earned many awards for her service, including the Order of Canada in 2005 and the Officer of the Ordre national du Québec in 1992.

She is also a recipient of the Governor General’s Northern Medal, the Gold Order of Greenland, the National Aboriginal Achievement Award, the Gold Medal of the Canadian Geographical Society and the Symons Medal. T20 World Cup 2021: Has Glenn Maxwell Invented A New Cricket Shot? What the Video to Figure Out 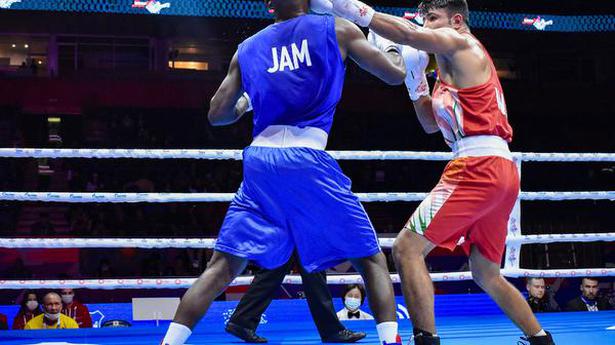