Last month, as thousands of former President Trump’s loyal supporters waited for him at a rally in Ohio, a chant rose from the crowd.

The former president agreed. “We won the election twice,” he said, “and it’s possible we’ll have to win it a third time.”

Eight months after he lost convincingly to President Biden, Trump and his followers are studiously maintaining an alternative reality — and having remarkable success keeping the fiction alive.

Almost two-thirds of GOP voters told pollsters in one recent survey that they’re still convinced the election was stolen — a number that hasn’t changed much since November.

This isn’t a harmless exercise in political puffery; it deepens the polarization of American politics and weakens democracy.

The charge that the election was stolen doesn’t merely flatter Trump; it’s also an attempt to delegitimize Biden.

It makes it politically dangerous for Republicans in Congress to collaborate with the administration — for why would anyone loyal to Trump negotiate with a usurper?

The falsehood persists even though Republican officeholders have run investigations that debunk it.

Last month, a GOP-led probe in Michigan found that the Trump camp’s charges of voting irregularities there were nothing more than “blatherskite.”

Former Atty. Gen. William Barr, a Trump appointee, gave ABC News his pithy judgment of the president’s charges: “It was all bull—.”

But many of the GOP faithful appear virtually immune to evidence.

The fantasy hasn’t stayed alive on its own; Trump has spent much of his time since leaving office stoking his claims and warning Republican politicians that he will torpedo their careers if they don’t back him up.

“If they don’t, I have little doubt that they will be primaried and quickly run out of office,” he said in a written statement last month.

GOP politicians, fearful of Trump’s wrath, either tiptoe around the fantasy or join in promoting it.

Arizona legislators have been auditing election results for more than two months; last week one GOP leader called for yet another recount after the current audit is complete. Legislators in Wisconsin and Pennsylvania, bowing to pressure from Trump, have said they are seeking audits or recounts as well. The Washington Post reported last week that hundreds of Republican candidates are campaigning on promises to loyally pursue Trump’s claims.

There’s no mystery why Trump wants to keep his baseless narrative alive. The fiction transforms him from a loser to, if not a winner, at least a victim.

It maintains his presumptive claim on his party’s 2024 presidential nomination if he decides to seek it and gives him a cause around which he can raise money.

The consequences go well beyond Trump’s political future. As Jonathan Rauch of the Brookings Institution writes in his important new book, “The Constitution of Knowledge: A Defense of Truth”: “When compromise fails, ungovernability sets in.”

Rauch argues that one root of our current political crisis is an “epistemic war,” a battle over whether such a thing as objective truth exists — or whether politicians should be free, as one Trump aide argued, to invent “alternative facts.”

“Epistemic warfare is now the modus operandi of the Republican Party,” Rauch told me last week. “It’s become a substitute for ideology or policy.”

He said he considers Trump “the greatest innovator in disinformation since the 1930s.” (And yes, he means since Adolf Hitler and Josef Stalin.)

“People need not and cannot all agree that the same things are true, but a critical mass needs to … support norms like freedom of expression, intellectual pluralism, commitment to learning and respect for factuality and truthfulness,” he writes.

Is there a way out of this crisis?

There is, Rauch argues — but it’s going to take time and effort from a lot of people.

Media organizations have stopped mindlessly spreading Trump’s most egregious lies, as some did in his first presidential campaign in 2016. Now they need to reinvest in fact-based journalism and in more and better fact-checking.

And individual citizens need to join the battle by looking for better sources of information than their Facebook feeds and rewarding politicians who stand up for the truth.

“It’s going to take all of society,” Rauch said. That’s daunting, but history offers grounds for hope, he added — again recalling the 1930s. “The reality-based community has withstood much worse.” 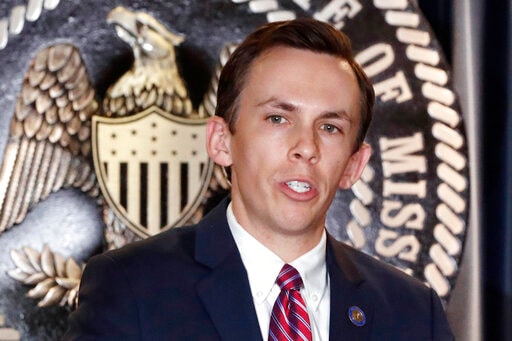