On the other hand, Dr Reddy’s and Sun Pharma were the gainers.

Foreign institutional investors (FIIs) were net sellers in the capital market, as they offloaded shares worth ₹2,300.65 crore on Thursday, as per exchange data.

According to VK Vijayakumar, Chief investment Strategist at Geojit Financial Services, when a stock which has more than 10 per cent weight in Nifty surges by 6 per cent, it will trigger a strong upmove in the index. This happened on Thursday, when the spurt in RIL moved the Nifty up by 121 points.

“But this uptrend is unlikely to sustain and can easily reverse when the headwinds for the market turn stronger,” he said.

He noted that the new headwind is the latest variant of the virus detected in South Africa, Botswana and Hong Kong. “This along with sustained selling by FIIs for the seventh consecutive day are major sentiment negatives for the market,” he said.

Elsewhere in Asia, bourses in Shanghai, Hong Kong, Seoul and Tokyo fell up to 2.68 per cent in mid-session deals.

Stock exchanges in the US ended largely positive in the overnight session. 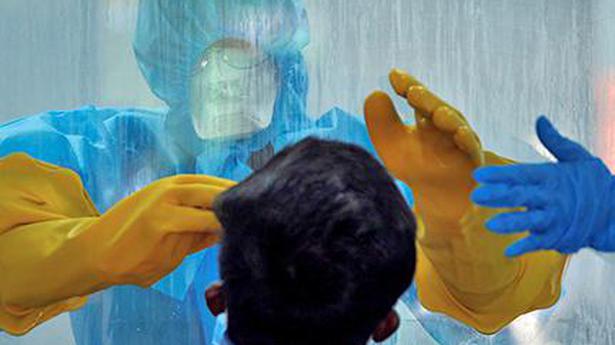 Go Fashion Shares To Debut On Bourses On November 30