The long anticipated reshuffle and expansion of the Union Cabinet is taking place at Rashtrapati Bhawan on July 7. This is the first reshuffle in his Council of Ministers by Prime Minister Narendra Modi since he assumed charge for a second term in May 2019.

Around 43 persons, including those getting a promotion, are taking oath, and they are a mix of youth and those with administrative experience, including former Chief Ministers.

Here are the updates:

Formerly a Samajwadi Party member, Mr. Baghel switched to BJP in 2019. He was elected from Agra. He has served as a Cabinet Minister for Animal Husbandry, Fisheries and Minor Irrigation in Uttar Pradesh government. He has a Ph.D. in Military Science from Chaudhary Charan Singh University.

The Mirzapur MP is the daughter of Apna Dal founder Sone Lal Patel. In the previous NDA government, Ms. Patel was the Minister of State in the Ministry of Health and Family Welfare.

A six-time MP, Pankaj Choudhary represents the constituency of Maharajganj, Uttar Pradesh. He has been in public life for over 30 years and has served as Deputy Mayor of Gorakhpur.

Currently serving as Minister of State for Home Affairs, G. Kishan Reddy is the only BJP MP from Telangana. In 2009, Mr. Reddy served as the floor leader in the Andhra Pradesh General Assembly.

A junior minister in Agriculture and Farmers Welfare, Mr. Rupala is being made a Cabinet Minister.

Bhupender Yadav has been representing the State of Rajasthan in the Rajya Sabha since 2012. Mr. Yadav is also national general secretary of the Bhartiya Janata Party.  Prior to beginning his political career, he was a Supreme Court lawyer and also served as Government Counsel for important Commissions.

Mr. Puri, a former Indian Foreign Service officer, served as the Permanent Representative of India to the United Nations from 2009-2013. Currently, former diplomat holds office as Civil Aviation Minister and Minister of Housing and Urban Affairs.

R.K. Singh, a bureaucrat-turned-politician, represents Arrah in the Lok Sabha. He is a Bihar cadre IAS officer and was District Magistrate of East Champaran in Patna. Mr. Singh was appointed by L.K. Advani to hold office as Joint Secretary in the Home Ministry from 1999-2004.

A prominent face from the northeast, Kiren Rijiju currently holds office as Minister of State at the Ministry of Youth Affairs and Sports, and Ministry of Minority Affairs. He is being elevated as Cabinet Minister.

A five time MLA from Bihar’s Alauli, Mr. Paras is a member of the Lok Janshakti Party and brother of the late Union Minister Ram Vilas Paswan. After his win in the 2019 parliamentary elections, he represents Hajipur in the Lok Sabha. Mr. Paras was recently expelled from the LJP by his nephew Chirag Paswan, who has threatened to go to court if Mr. Paras is made a Minister.

A former IAS officer, Ashwini Vaishnaw joined the Bhartiya Janta Party after getting a Rajya Sabha nomination in 2019. Mr. Vaishnaw has been a private secretary to former PM Atal Bihari Vajpayee. The bureaucrat turned politician represents the State of Odisha in the Upper House of the Parliament.

Ram Chandra Prasad Singh is the president of the Janta Dal (United). Since 2010, Mr. Singh has been a member of Rajya Sabha from Bihar. Formerly an IAS officer belonging to the Uttar Pradesh cadre, Mr. Singh has also served as the principal secretary of Nitish Kumar.

Formerly a member of Congress, Mr. Scindia joined the Bhartiya Janta Party along with his supporters in 2020. This led to the fall of Kamal Nath government in Madhya Pradesh, bringing back BJP to power in the State. Mr. Scindia was eventually made a Rajya Sabha member. Mr. Scindia belongs to the illustrious Scindia family of Gwalior. His grandfather, was the last maharaja of Gwalior. Mr. Scindia was Minister of State for Communications and Technology in the Manmohan Singh Cabinet.

Educationist Virendra Kumar represents Tikamgarh at the Lok Sabha. Mr. Kumar has maintained his winning streak ever since 1996. He was the Pro-Tem Speaker of the 17th Lok Sabha. In the previous Modi government he was s Union Minister of State for Women & Child Development and Minority Affairs.  He also has a PhD.

Mr. Rane is a former Chief Minister of Maharashtra and has also held office as Cabinet Minister for Industry, Port, Employment and Self-employment in the Maharashtra Government. Formerly a member of Shiv Sena and Congress, Mr. Rane is also the founder of a Marathi daily Newspaper Prahaar.

Union Ministers Ravi Shankar Prasad, Prakash Javadekar are among those Council of Ministers who quit on Wednesday evening ahead of the Cabinet reshuffle.

According to a communique from Rashtrapati Bhavan, the President of India, as advised by the Prime Minister, accepted the resignation of the following members of the Council of Ministers, with immediate effect.

Ahead of a major Cabinet reshuffle, Union Minister of State for Environment Babul Supriyo resigned from the Union Council of Ministers on Wednesday.

Supriyo confirmed his resignation through a post on social media, “I have been asked to resign and I have.” “I thank Prime Minister for giving me the privilege to serve my country as a Member of his Council of Ministers,” he posted on his Facebook account. — PTI

Labour Minister Santosh Gangwar has resigned from the Union Cabinet ahead of the scheduled Cabinet reshuffle this evening.

Mr. Gangwar, who held the position of Minister of State (Independent Charge) for Labour and Employment resigned from his post early this morning.

When asked whether he has resigned from the post of Labour Minister, Mr. Gangwar answered in the affirmative. “Yes I have resigned,” he told PTI.

He, however, said he is not aware what his new role in the government will be. — PTI

With the much anticipated expansion of Narendra Modi government’s cabinet is scheduled to be held at 6 pm on Wednesday, several ministers, including three seniors, have tendered their resignations to pave way for new faces.

Mr. Gowda confirmed his decision to step down.

Besides being the Chemicals and Fertilizers Minister in the Narendra Modi government, Mr. Gowda has also held portfolios like Railways, Law, Statistics and Programme Implementation.

His resignation comes ahead of the expansion of the Union Cabinet scheduled this evening. — PTI

Union Education Minister Ramesh Pokhriyal ‘Nishank’ and Minister of State for Education Sanjay Dhotre resigned from the Union Cabinet on July 7, according to sources.

Mr. Pokhriyal, who tested positive for COVID-19 on April 21, was admitted to AIIMS in June again following post COVID-19 complications. He has resigned from his post citing health reasons.

The former Uttarakhand Chief Minister took charge as the HRD Minister in May 2019. Mr. Dhotre, who represents Akola constituency of Maharashtra also took charge as MoS for Education, Communications and Electronics and Information Technology, in May 2019.

Their resignations comes ahead of the expansion of the Union Cabinet scheduled this evening. — PTI

Official residence of PM Modi is abuzz with activity

The long anticipated expansion of the Union Cabinet is set to happen at 6 pm on Wednesday, according to the Prime Minister’s Office. No 7, Lok Kalyan Marg, the official residence of Prime Minister Narendra Modi is abuzz with activity with a number of BJP leaders getting calls confirming their Cabinet berth.

Many women members to be inducted

Rajya Sabha MP from Odisha and former bureaucrat Ashwini Vaishnaw will also be made a Minister.

After embarking on his Aashirwad yatra from Hajipur on July 5, Lok Janshakti Party (LJP) leader and MP Chirag Paswan on Tuesday said he would go to court if his uncle and expelled party leader Pashupati Kumar Paras was inducted into the Union Cabinet.

Ahead of a much anticipated Cabinet reshuffle at the Centre, Rashtrapati Bhawan has announced a slew of gubernatorial appointments, including that of Social Justice and Empowerment Minister Thawarchand Gehlot as Governor of Karnataka, replacing Vajubhai Vala. This was the surest sign that a Cabinet reshuffle, regularly postponed since the COVID-19 outbreak in 2020, will finally come to pass as early as Wednesday evening or Thursday morning.

Apart from Mr. Gehlot, among the fresh appointees are former MP and former BJP president of the erstwhile combined State of Andhra Pradesh K Hari Babu as Governor of Mizoram, senior BJP leader and former Tribal Affairs Minister in Gujarat Mangubhai Patel as Governor of Madhya Pradesh and former Speaker of the Goa Assembly Rajendra Arlekar as Himachal Pradesh Governor. Mr. Arlekar is the first Goankar to be made Governor in the State’s history.

(With inputs from Correspondents and Agencies)

ITI Admissions To Begin From July 15 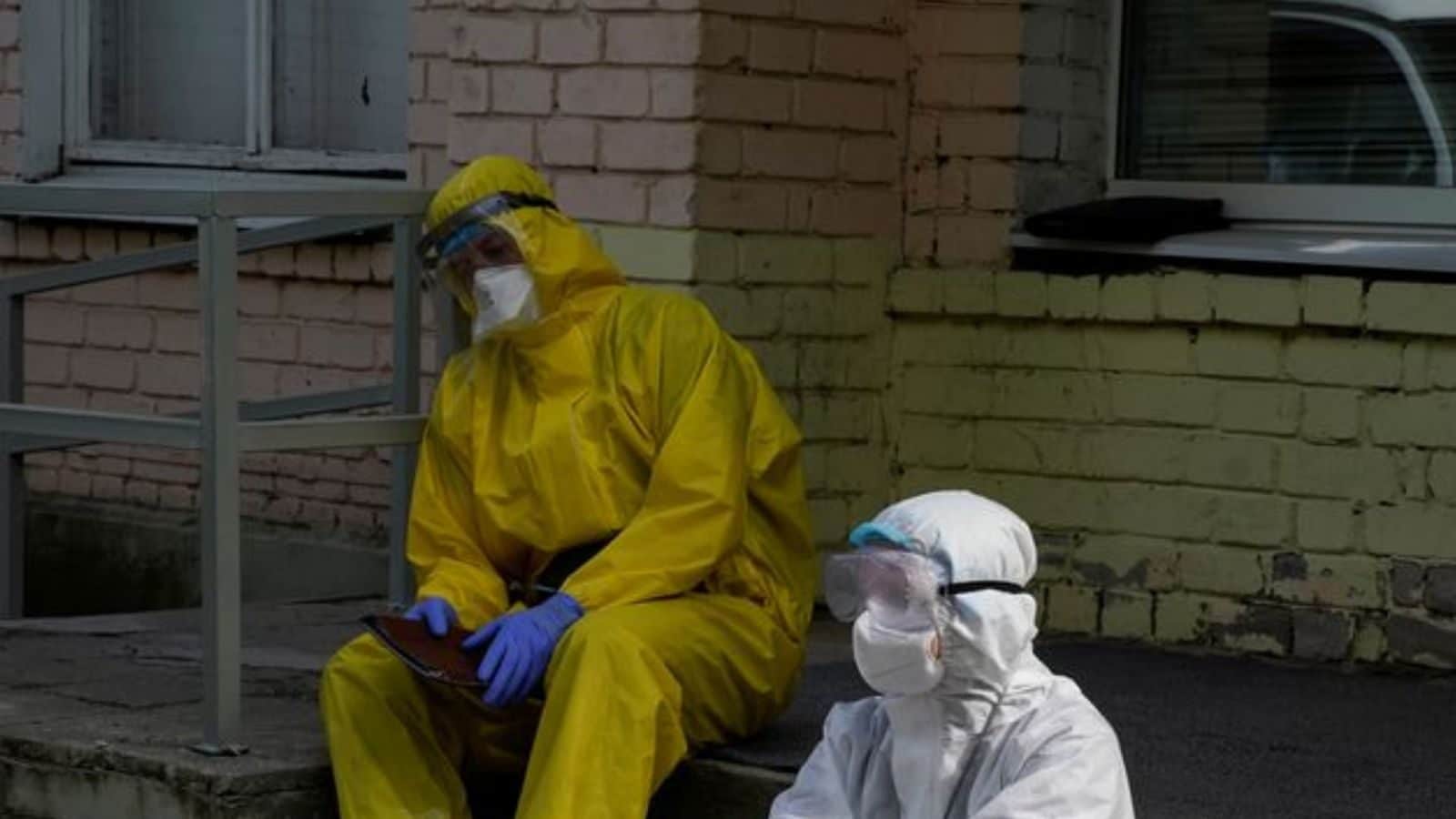 Covid Guidelines Extended Till Nov 30. Here’s a Refresher on What’s Allowed and What’s Not