NEW DELHI: It has been over a year since schools across the country were forced to shut in the wake of the coronavirus pandemic. The pandemic has brought to fore the digital divide in the country and made education a privilege only a few can afford.
Lack of smartphones, data costs, technology literacy, mobile connectivity, increased screen time, non-academic distractions and several social ills have only exacerbated the problem.
Where’s the money?
In Chhattisgarh’s Raipur, Lakshmi Sahu and her husband Purushottam Sahu together earn Rs 5,400 a month. Last month, they spent Rs 14,000 on a smartphone for their 12-year-old son Kunal.
“We took a loan to buy the phone because we didn’t want our son to miss out on learning,” says Lakshmi.
The 32-year-old mother works as domestic help and her husband works as a helper at a general store. The couple has enrolled their child at a private English-medium school nearby.

Lakshmi Sahu with her son Kunal
The family, already burdened with the loan on the smartphone, is finding it difficult to afford the monthly data recharge.
“On some days we do not have money to buy groceries, how we are going to arrange a data pack I don’t know,” she rues.
Most of the families have only one smartphone which is shared by all.
In Rajasthan’s Kota Shila Bai and her husband Ramavtar have a single smartphone for their six daughters and the girls only have access to it once the parents come back home from work.
Shila Bai’s 15-year-old daughter Kanchan is a student of Class 10. She says the phone access is limited and her father doesn’t let them keep it for a long time.
“We can have the phone once he comes back home but by then either the data expires or it takes time for the websites to load,” she says.
Tech and other issues
Technology literacy is a challenge that is confronting both parents and students across the country as most of them rely on basic phones.
According to a 2020 Goldman Sachs report – India Internet: A Closer Look Into the Future — only 42% of all mobile phone owners in the country had a smartphone in FY2020. The growth is expected to slow down given the low-incomes levels.
“My husband drinks a lot and he doesn’t pay attention to Kunal’s studies. I am not educated enough to teach him. I don’t know how to operate the phone. I get confused,” Lakshmi says.
For Jyoti Yadav, living in Delhi’s Sarita Vihar it’s another issue.
“I can teach my son Yash who is in Class 1 but I carry my smartphone to work and have been unable to focus on his studies. I have to work to make a living but I also want to help my child study,” she says.
The single mother who works as a maid and lives in a slum where leaving a child on his own is fraught with danger.
“Sometimes I take him with me to work but many people don’t like it. So I tell my neighbours to keep a watch on him”
Yadav’s smartphone is a second-hand set with a broken screen. She can hardly operate the touchscreen.
Net disconnect
Mobile connectivity is another major issue, especially in the hinterlands. In some areas, mobile connectivity is barely enough to make calls.
A high-speed internet connection is required to access course material over the internet. With patchy connections and the constant buffering of videos kill the interest of students.
Ladakh’s Sakti village is home to families of nomads and farmers. Though several private companies have installed mobile towers, the villagers continue to struggle with getting proper connectivity on their phones.

Students share a smartphone while attending online classes in Kargil, Ladakh
“The students log out the moment connectivity is disrupted or the data pack expires. They lose interest and do not take our calls,” says Sonam Gyaltsan, a national-award-winning teacher and headmaster of Government Middle School, Sakti.
In Kerala’s Wayanad, the students from tribal regions studying in residential schools have totally lost contact with their teachers post pandemic.
“Our students belong to the tribal belts of Wayand and live in the forests; they don’t have laptops or smartphones and there is no Net connection. We have not been able to contact most of our students. Not only this, they’re suffering due to the Covid pandemic as they haven’t received food supplies,” says K Purushotham, principal of Vivekananda Tribal Residential School, Wayanad.
Girls, interrupted
In a country where girls are often viewed as a ” burden” and their education a privilege, the newfound barriers have only heightened the challenges.
Lockdown and lack of resources have made it worse for young girls to study.
Shila Bai, who earns her living by selling cosmetic products door-to-door in Kota (Rajasthan), is under pressure from her relatives to get her daughters married.
“I don’t want to marry them off so soon despite the pressure. I want them to study but how do we do that,” she says.
Her husband says buying a new phone will make girls go on the ‘wrong path’.

“What is the need to buy a new phone? What kind of education will they get? It’s the teacher who has to teach and not a phone!” he says.
While the girls are living under the pressure of getting married, lack of resources is forcing teenage boys to work as labourers and quit schooling.
Fifteen-year-old Mohit residing in Rajasthan’s Karauli district studies in a school in Alwar. Neither his school, nor his teachers reached out to him for any logistical support related to his studies.
“My school teachers in Alwar said that I can visit them any time if I face a problem or buy a smartphone if I can’t come. How can I travel for three hours each time I face an issue with my studies? If I had a smartphone, I probably wouldn’t have had to face this problem,” Mohit says.
According to Dr Amit Sen, who runs Children First Institute of Child & Adolescent Mental Health, the role of children as students whose identity are defined by the school or the sense of belonging to a community have dissipated and the impact will be serious.
“Now it is even harder because the children are being told to get a laptop first to attend online classes. I think it is unfair to them or almost abusive to ask them to buy gadgets when they can’t get even two meals,” Dr Sen adds.
Mohit now works as a labourer at an onion farm to make a living.
Long and winding road
The pandemic is here to stay and epidemiologists have given very clear indications that the third wave of Covid-19 is inevitable. Although online education is catching up, we still have a long way to go.
An Annual Status of Education Report (ASER) survey conducted in October 2020 on 118,838 households said about 11% of these families bought a new phone since the lockdown began. More than 80% of these new phone purchases were smartphones.
Of those who had no smartphone at home, about 13% said their children had access to someone else’s smartphone.
According to Urmila Chowdhury, education director at Peepul India, an NGO working in the field of education, the digital divide will hamper these children badly and governments and NGOs should join hands to resolve it.
“When data finishes, these students don’t join back as they do not have the money to recharge,” she says.
“There are many students who were studying with us but went back to their villages and it took us a lot of time to bring them back to online classes,” Chowdhury adds.
Pandemic learnings
Peepul India has been working with the South Delhi Municipal Corporation (SDMC) schools to provide education to junior students.
“Less than 50% of economically weaker section students in Delhi have a smartphone. Earlier, our well wishers would donate books for the children now we tell them to help us with tablets, phones and data packs,” Chowdhury says.
Her organisation also trains parents on how to operate smartphones and tablets.
In Ladakh, teachers have been visiting the villages in Changthang, Pangong an Nubra where the internet connectivity is very weak. The teachers in coordination with the gram panchayats are connecting with the students from the areas.
“We should have community classes for kids and send teachers in every village on a roster system so that students can be updated with the course and given homework which can be checked every week,” Gyalstan says.
“To solve the problem of weak internet, we have installed a mesh network with the help of an NGO. We upload study videos and assignments on the network which the children download,” he says.
In Kerala’s Kozhikode, parents from the fishermen community have been sending kids to learning hubs operated by Nasmina Nasir, founder and director of iLAB, an NGO working for the welfare of coastal communities.

Students at a learning hub run by iLAB, an NGO
In these hubs students are taught with the help of KITE Victers, a state-run educational channel that offered digital classes to lakhs of students.
“We installed television sets for a group of 7-8 children who are taught with the help of a teacher. It has been a success but interrupted due to the lockdown restrictions and cyclone Tauktae”.
Coming together
According to Viplow Shivhare, programme head, Pratham, an NGO working towards education among the underprivileged, providing smartphones and tablets to every student is not logistically possible for the government. The government should develop libraries for economically weaker students from where they can borrow gadgets and later return them.
“Panchayats and communities should create groups in villages where they can be given tablets with the study material in it without requiring the internet,” he says.
“The government can help students with free data packs to study. Community servers can be created for students who can download content from these networks,” Viplow says.
For sure the pandemic has created havoc in our lives. But it’s the children, and especially those from economically weaker sections, who have felt the brunt. Without regular classes, without adequate digital infrastructure education of these children have suffered a big blow.

Video: Gauahar Khan is having a time of her life with husband Zaid Darbar during their honeymoon in Russia 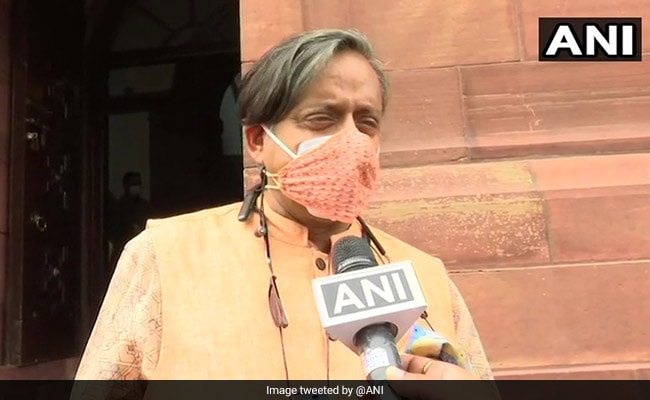